Reduced Council Tax Scheme - Have Your Say on Proposed Changes 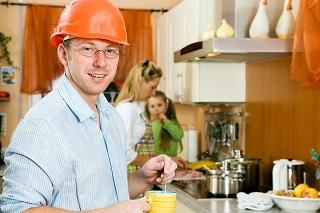 South Hams District Executive agrees to ask the public for their opinion on changes to their Council Tax Reduction Scheme.

The Consultation opens Monday 17 October and will run until 27 November.

The Council Tax Reduction Scheme is a scheme which is run by councils across the country.  It recognises that households have different pressures and depending on where you live, your income, how many people live in your home, how many children you have and what benefits you already claim, you could have your council tax bill significantly reduced.

Each year councils must review their scheme and decide if they are going to make changes to it or leave it the same.

At a meeting on the Council's Executive (Thursday 13 October), the Executive agreed to go out to public consultation on the proposed changes, which would start in April next year and that reflect the extra pressures that many households are feeling right now.

The Council are inviting the public to tell them what they think of those proposed changes, before deciding if they should make them happen.

Cllr Nicky Hopwood, South Hams Executive Member for the Cost of Living, said: "This is a banded or graded scheme, which means the lower your income, the more pressures your household has, the greater the reduction you get.

"What we wanted to do with these proposals, was to recognise that some households needed to be able to earn more money and still get their Council Tax Reduction.

"At the lower end of the scheme, the reduction is already very generous.  With these proposals, we wanted to provide a bit more support to those households in other parts of the scheme who do not already get as much support.

"I think that these proposals accurately reflect the squeeze that many households are feeling right now. "

Other proposed changes include change to the minimum income floor for self-employed people and tweaking the earnings disregard to make it easier for the council to administer the scheme and make it easier to understand for residents.

To take a look at the proposals and have your say visit our engagement portal.