Second homeowners to pay their fair share for local services 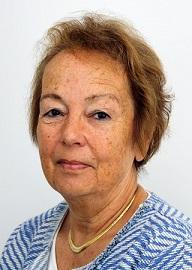 South Hams District Council has fought a long and arduous campaign, to urge the Government to close a tax loophole which allows second homeowners to avoid paying any business rates or council tax on their properties. Today, 14 January 2022, the Government announced changes that close this loophole whilst protecting genuine holiday lets and benefitting popular holiday destinations such as the South Hams.

Currently, people who own second homes in England can avoid paying council tax and access small business rates relief by declaring an intention to let the property out to holidaymakers. The change, which will come into effect from April 2023, will see second homeowners forced to pay council tax if they cannot show they are genuinely renting out their properties on a commercial basis.

The Council is thrilled that the Government has listened to its concerns. In 2020, the Leader of the Council, Cllr Judy Pearce, gave evidence to the Treasury Select Committee on this issue. The Council's local MP, Anthony Mangnall MP, strongly supported the Council's campaign and raised the issue direct with the Government.

The announcement today from the Secretary of State for Levelling Up, Rt Hon Michael Gove, comes on the back of South Hams District Council declaring a housing crisis in September 2021. This was backed by a 12 point action plan, with closing the business rates loophole being one of those areas to address. As well as ensuring that second homeowners pay fairly for services, it is hoped that the new change may also see more short-term holiday let properties switch to long-term rental. This would help to ease the chronic shortage of long-term rental accommodation at an affordable rate, making it easier for local families to remain in the communities they love.

"Second homeowners should be paying into the local community unless they are genuinely running a letting business.  Services such as highways, the fire service and the police, which can equally well be used or needed by holidaymakers, will benefit, as will the general income of the District and County Councils.  We welcome all visitors, but hard-pressed local residents should not have to subsidise services for them."

The Council currently has just under 1,800 business-rated properties that are self-catering holiday lets.

At a time when there are severe funding problems with all tiers of Local Government (particularly adult social care) and our emergency services are under increasing pressures, South Hams District Council spearheaded a campaign to make the point that the current system is fundamentally unfair. Small business rate relief was implemented to support our small business, village halls and local shops. The rules have been taken advantage of, to allow people to not pay for the local services they are using.

Anthony Mangnall MP added: "After two years of campaigning with Cllr Judy Pearce, Leader of South Hams District Council, it is welcome news that the Government has taken this step. South Devon has one of the highest concentration of second homes in the country. This announced change will help to stop people utilising an unforeseen loophole while also ensuring that they pay their fair share. Both the Chancellor and Michael Gove have listened carefully to our needs and I hope this will be the first step of many to help improve accommodation issues in the South West and beyond."